I've taken a lot of pictures since I started this chunk of my life.  There have been a number of cameras for this too, a couple of point & shoot with the physical lens that moves in and out for the needed zoom, one was a quality Nikon SLR and the assorted camera's that came with different phones.

Lately most of my photos on this blog have come from my phone camera, it's always with me & it takes good photos.


I was at the beach on the Gulf of Mexico, white sand & salt water, almost no waves. I took my point & shoot camera because my phone does way more than call for pizza or take pictures and I'd miss it if I fell in.


My point and shoot is a Fuji, it's waterproof & has almost no moving parts.

My first two point shoot cameras had to be replaced when the lens that came out stopped coming out or wouldn't go back in. They took good photos and did everything I wanted except they didn't last. I'm thinking it was sand or grit that did them in.  Replacements were cheap enough that they were replaced rather than fixed.

After the second camera bit the dust I spent a little bit more for a camera that was a better fit for my lifestyle. Waterproof, shockproof & no moving parts to get jammed with grit or sand. I was concerned that the lack of a physical zoom might be a problem.  It isn't.


This has taken me to a new problem... the battery is wearing out. I've carried this point and shoot in my pocket & in a bag for long enough for the battery to wear out. That's a better problem.
$8 for a new battery from Amazon is a lot easier than a new camera. I'm happy! 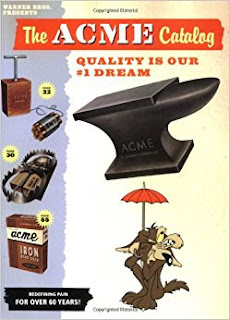 With digital I take a lot of pictures, most are quick to capture what's in front of me as a reminder.


Some I actually think about before hand

Once I thought I had too many sunset photos.  Later I looked at them again and realized that was not possible.

Tool of the week!

I've been a tool user for many years. Different tools for different jobs, tools I carry every day, tools I keep in the car.

On occasion I find something that is a real stand out.

I had to cut some big wood, Karen had this tool already so I tried it out. Son of a gun!
It worked & worked well!!

When you're done just put it away... For the very occasional user (us) this is the way to go!

Mind you it is a real chain saw as far as your fingers, toes & legs are concerned... you just don't have to mess with gas & oil.

On the road again!

We finally packed up the Pleasure-Way class "B" camper & made it to Florida!


It was almost a year ago that I left Holtville Calif, the free BLM camping & the hot springs with Florida in my GPS.... as place to go.   I wanted to see the Naval Air Museum.

Lot's of changes for me in the last year....


We found a Whataburger on the way! It had been a long time since I'd had a Monterey Melt!

I'm here in Pensacola right now, at a friends house with the camper plugged in.

We went to the beach, I went into the water but it's really not warm enough for me this time of the year.

The plan right now (written in sand with a stick :-) is to hang out for a little while, check out the sites (and the naval Air Museum) & then head deeper into Florida. We need to be back in Georgia the middle of March.

In Pensacola we did a Mardi Gras parade, my first.  WOW!


I can't believe the energy. It was from everywhere, all around me, the crowd AND the people on the floats. I couldn't believe it.

LOUD music from every float, always there & always different as the floats passed by.

And the beads, they throw them from the floats .. Good fun!  A crowd of happy people ... even at the bar after the parade. Pensacola...who'd a thought?


Too much to mention at the Naval Air Museum, a great collection of airplanes & aviation history!

As a side note, remember the Wright Bros first flight? The guys helping out were from the Life Saving Service station there (early Coasties).